Some time ago, after doing lots of MTB rides around Flagstaff, I had this idea that I wanted to get to the top of Mt Humphreys(12.6kft) but not just hike it, but start as low as possible…ie, somewhere about the elevation of Flagstaff (7kft).   However, I’m NOT a hiker…matter of fact, if the trail is something that can be ridden on a MTB, then I’ll be damned if I’m going to walk it.  Seriously, it’s just a matter of efficiency.   Walking is 3mph, and MTB speeds are more like 8-10mph.  So the thought was hatched that I could combine the two!  Ride as far as I could, stash the bike, hike to the top, then return.  However, something about doing the standard approach up the mtn via the Humphreys trail just didn’t appeal to me.  I’d done that hike a few times, and the logistics of stashing a bike with so many people around seemed a little sketchy.

Then the idea hit me…do it via the Inner Basin Trail which is an approach I’d never done yet, and is so much less traveled.  Boom…that was it!  I’d ridden to the wilderness boundary at 10kft in the inner basin several times and there was lots of Aspen trees to stash a bike at…

This year since the monsoon took a big 2 week break in July, I had a window of time to do it without worrying about weather (which can get super nasty up there).   However, the temps were pretty toasty so I wanted to get an early start.  So Saturday 7/16 was it…  Get up early, pack my stuff, and start riding at the bottom of Shultz Creek (the “Y”).
I had my new trail running shoes packed along with my trekking poles in my camelback and set off around 7AM.  Kind of a grunt up Schultz since I had so much damn weight with gear and water.  Like an idiot, I didn’t gear down enough on the SS, so by the time I got past the green cabins  in the inner basin(when things got steep) I was working too effing hard.
Finally I arrived at the wilderness boundary in the inner basin, wandered off in the aspen grove, and changed over to hiking mode.  Took the thru axles of the bike and put them in my pack just in case some tweeker found my rig.
Got cranking up the trail which initially begins as a loose, granular climb up a drainage, until finally reaching a left turn at what was signed the “Inner Basin Trail”.  It climbed STEEPLY, initially with some really nice switchbacks and them some fall-line stuff. 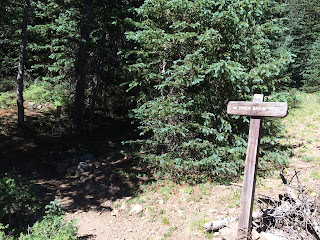 It was there when I found this rock….so appropriate! 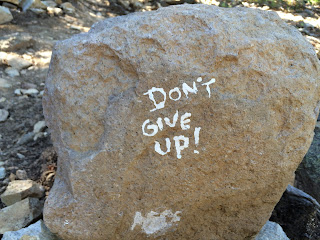 Finally, after a few minutes, the trail intersected the Weatherford trail which is actually an old road…this thing is a dream to hike/walk…wow…easy grades, spectacular scenery. 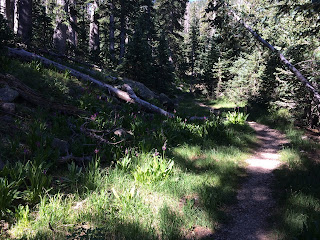 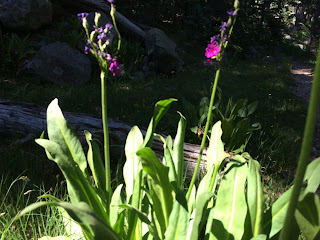 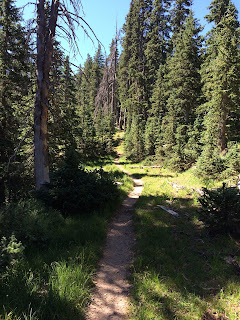 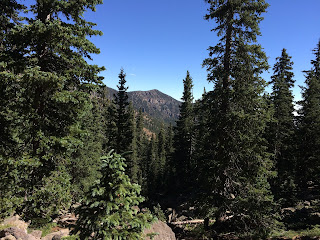 A few miles later, I reached the saddle between Agassiz and Freemont peaks which had a great view to the south. 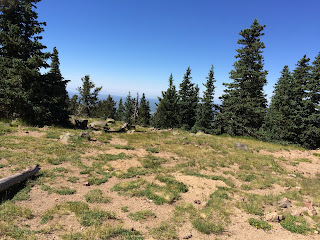 At this point, it was pretty much all above treeline hiking and it was amazing… The trail zig-zagged up the east face of Agassiz Peak until going over the ridgeline to the west side(Snow Bowl side) to finally intersect with the Humphrey’s trail at the saddle. 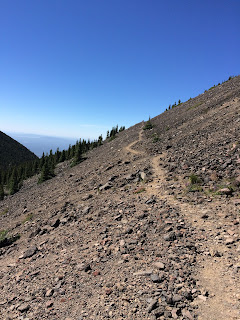 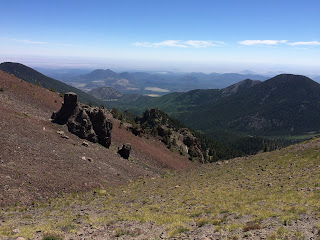 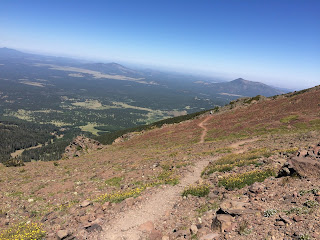 From this point, there was a $hit-ton of hikers since so many come up the Humpheys trail.  So many of these people seemed to not understand that the temperature drops about 5 degrees F for every 1000 ft of elevation gain and its ALWAYS windy up there.  I passed several people in shorts and tank tops literally shivering.
Finally got to the summit, hunkered down with some other folks who all seemed very surprised that my adventure started on a bike. 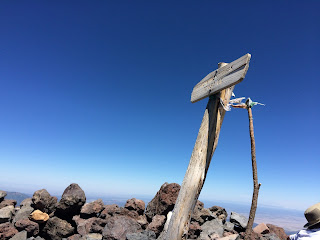 Chowed down a luna bar then started my trek back down.
This is the part that kills me…I can hike up like a mad-man, but my knees seem to just hate me for the downhill.  So I use the heck out of my trekking poles to save my knees.
Finally, got back to the wilderness boundary, and thankfully my bike was still there!    Switched out my shoes, put my bike back together, and had a nice little downhill cruise back to where I’d started. 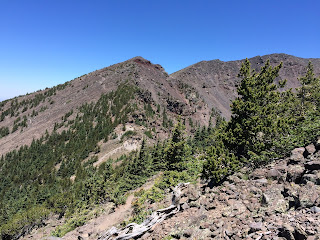 Wow…not the hardest thing I’d done, but what a great little day adventure.  Always love doing something that is a bit different and this was just the ticket.   HIGHLY recommend doing this!